Hi, my name is Emil. This is the second day of summer school that I have attended where I am now doing Android Development. My first Summer School was last December where I did API Development. My mentor for this week was Wayne. Wayne was a really good mentor as he offered lots of guidance and help where required. He also gave me critical feedback and improvements that I should have made in my code throughout the week.

Regarding my first 2 days at Summer School, I was assigned with a task to build a project that uses NASA’s APOD API that displays the specified image created for that day. It should allow the user to select and view past dates that change the image and other information about the specified image. The system shall display the relevant information related to that image such as title, description, author or photographer, and date captured. During this day I spent the majority of the time researching API’s, how they function, implementations, calls, etc. Having little to no experience with API’s as well as Android studio it was quite a tedious task, however, I was up for the challenge. After spending long periods watching YouTube videos, reading articles, and tutorials I got a better understanding of how API’s work, I then made a simple test project to test my understanding of API’s. 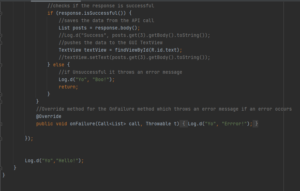 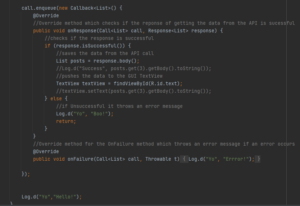 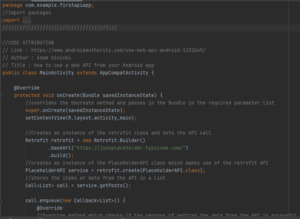 During Day 3, I started with the main task at hand.After spending multiple hours working thoroughly through my project, I began to experience problems with the API calls and how to display the relevant information and image when the date changes. After speaking to Wayne, he recommended that I should do an easier task as there is little information and documentation on implementing the NASA APOD API using Android Studio. Wayne then referred a new project link to follow which dealt with RetroFit. Having some issues with this project, Wayne guided me and helped me resolve the issues that I was having. After completing this project, I tried going back to the NASA project but was not successful. I then did further research to try to complete the NASA APP. However, I was still unsuccessful and decided to build another APP using a CITY API. After watching multiple YouTube videos and tutorials, I decided to build a new app. Furthermore, my mentor Wayne had taken leave from Day 3, however, I was fortunate enough that he still offered me guidance, The next app was more complex than the RetroFit API app but much easier than the NASA project. It accepts a city name from the user, where it searches through the API and if found displays the number of citizens in that city. 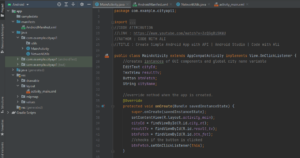 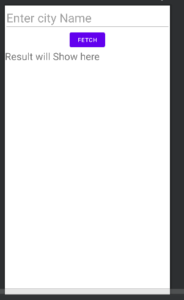 Throughout the week, I learnt how API’s function and how they are implemented. I learnt that research and planning is vitally important when building a project of any nature. Furthermore, I expanded my knowledge on how to use Android Studio as at first it was a bit confusing.