I spent the majority of today bettering my web dev. Instead of altering my previous code, I thought it would be better to start from scratch since then I would have to rewrite most elements, which helps me learn them properly (repetition is key). During the day I asked Darren a few questions about how I could fix certain alignment problems I was experiencing, and after he assisted me he recommended Bootstrap as a more convenient way to handle design – the basic Bootstrap package comes with predefined CSS, which I used to structure my links and add components. After figuring out how to implement Bootstrap CSS with my HTML and deciding on which components of theirs I wanted to utilise, I decided I needed to delve into some Javascript: I went for something simple, such as a counter which counts how many times a button is pressed, combined with a button which restarts the process. I referred to Stackoverflow for this. 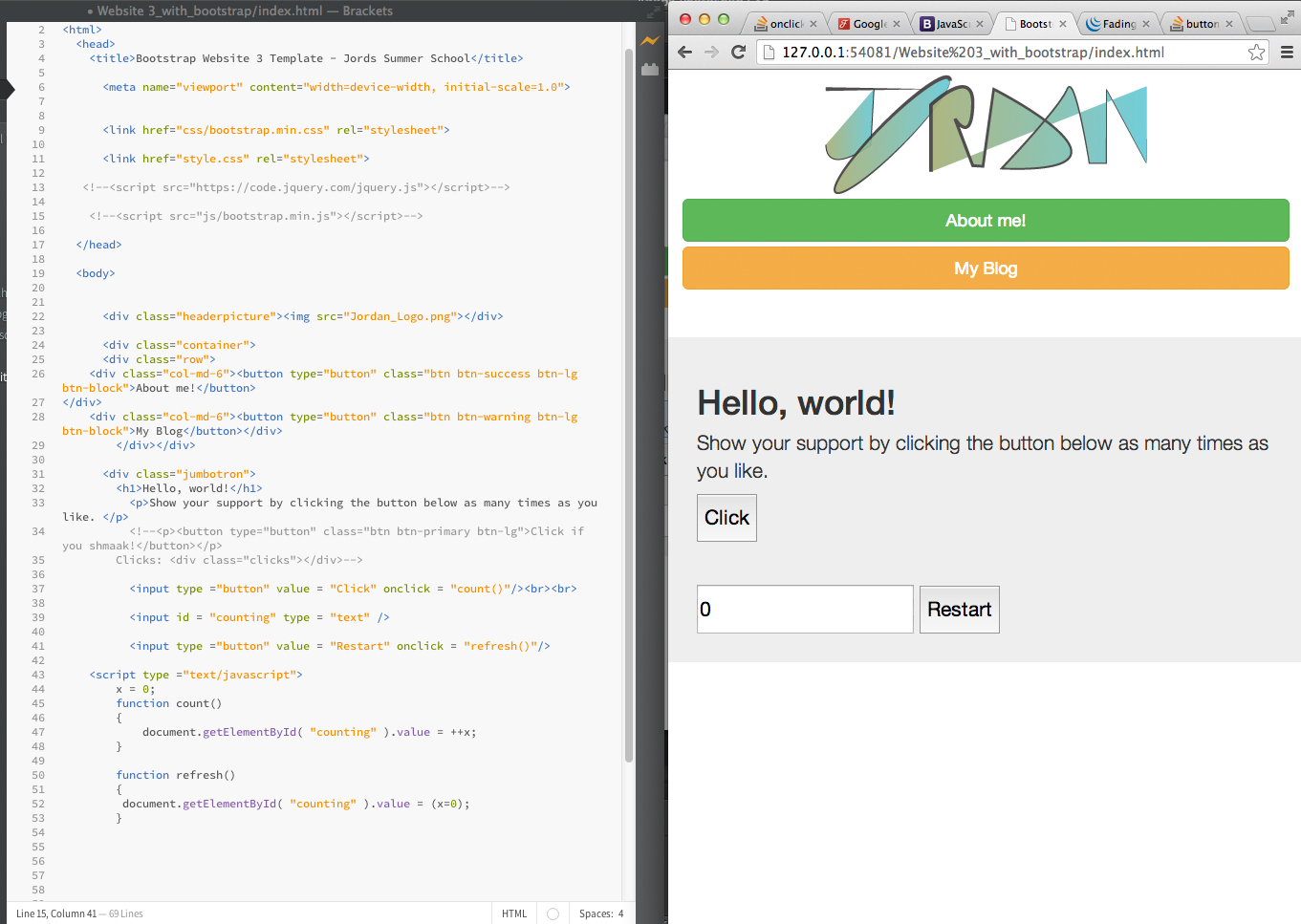 During the latter half of the day I spent some time discovering the power of HTML5 and CSS5 – which can be seen at sites such as codepen.io.