During my week at summer school, I was placed in the group ALPHA AI where I learned IOS coding on Xcode 9.2 in the programming language script. it was my first time coding in a script which was a challenge but fun and intriguing as I have an enquiring mind. My mentors were Antonie and Vanoshan who helped me work through the problems I encountered during coding my app.

so my IOS app is a number game which basically gives you a random four-digit number and you are required to add 1 to each of the digits as the answer where you would earn a point in dollars. I added a 1-minute timer to my game so it would be a little challenging to the users.

what I learned from building my application:- 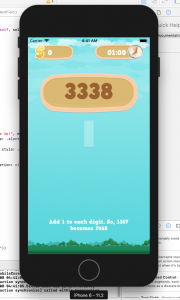 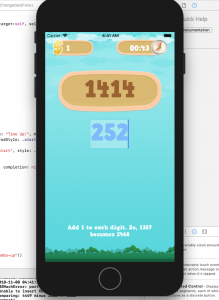 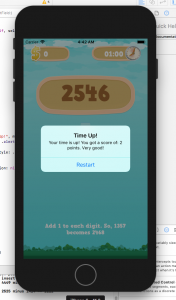